There is a commonly held misconception about the Treaty of Lausanne, the diplomatic "instrument" that ended fighting between Turkey and Greece in 1922 and went a long way in establishing the Republic of Turkey as the legitimate successor regime to the Ottoman Empire.

"Many wrongly believe that the Lausanne Treaty becomes void in July 2023, when allegedly the Treaty expires and a new era will start." However, this is not so, as Hans-Lukas Kieser concluded during his masterful and comprehensive exposé on the Treaty of Lausanne and the making of republican Turkey. Kieser, Professor of Late Ottoman History at the Universities of Zurich and Newcastle (Australia), was at ACT on Wednesday, 28 September 2022, to deliver the fall 2022 Dukakis Lecture in what was the first face-to-face public event since March 2020 and the outbreak in Greece of the COVID-19 pandemic. 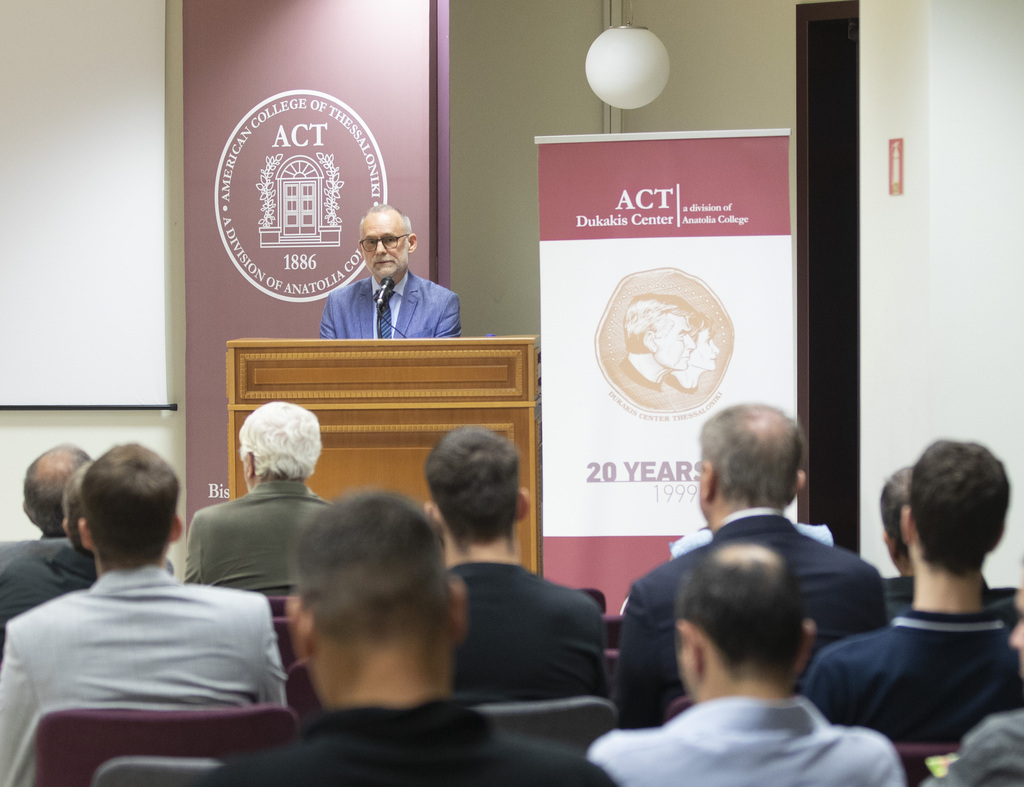 Hans-Lukas Kieser, Professor of Late Ottoman History at the Universities of Zurich and Newcastle (Australia) 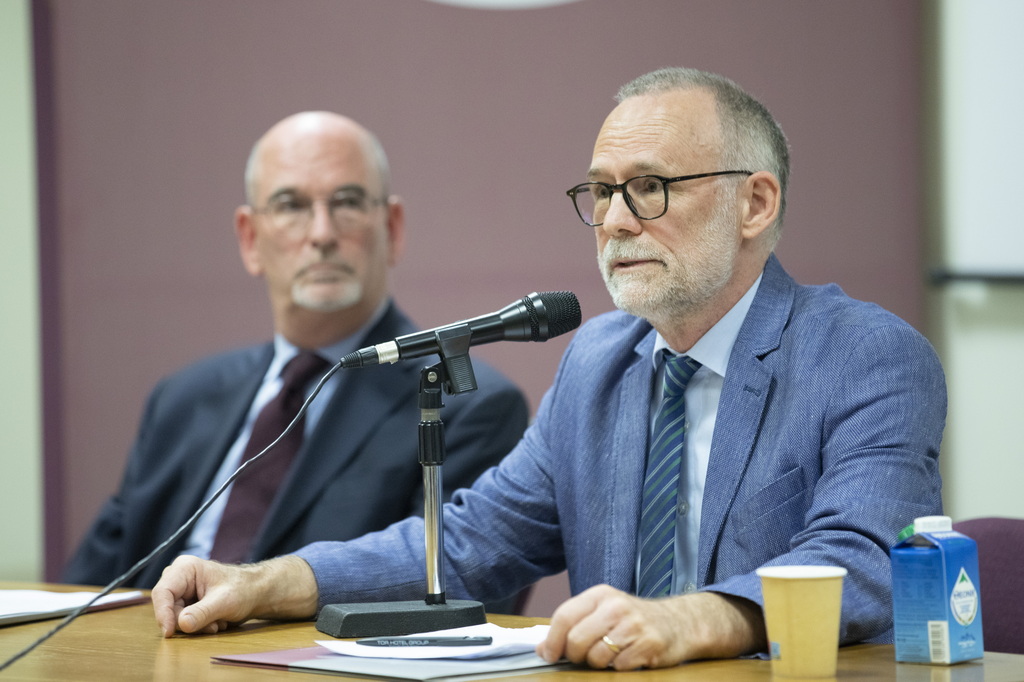 Few scholars have done more to establish the Armenian Genocide as a historical fact, and few have more insight into the vagaries of the late Ottoman period than Professor Kieser. The invited speaker cemented his reputation in 2018 with the publication by Princeton University Press of his book "Talaat Pasha, Father of Modern Turkey, Architect of Genocide." In addition, he recently turned his attention to the proceedings and outcomes of the Lausanne Conference and Treaty of 1922-23, a startling new interpretation of the far-reaching implications of the treaty for interwar Europe.

Labeling the late Ottoman and early Kemalist regimes proto-fascist, Kieser claimed that the Treaty of Lausanne was a failure for British and French diplomacy and had a direct bearing on the domestic and international violence of the 1030s and 40s in Europe. Kieser also revealed the extent to which the Soviet Union was involved in the diplomatic intrigue surrounding the Lausanne Conference, presaging the gamesmanship which would characterize Cold War Turkish diplomacy.

In Kieser's eyes, Lausanne's biggest failure was its lack of "democratic" legitimacy. Instead, it condoned autocracy, imperialist interests, wide-scale abuse of human rights, and backsliding on international commitments. As a result, we live in an environment beset by problems that are engendered or left unresolved during the Lausanne Conference.

Cambridge University Press will publish Kieser's findings and interpretation, as announced during the lecture. 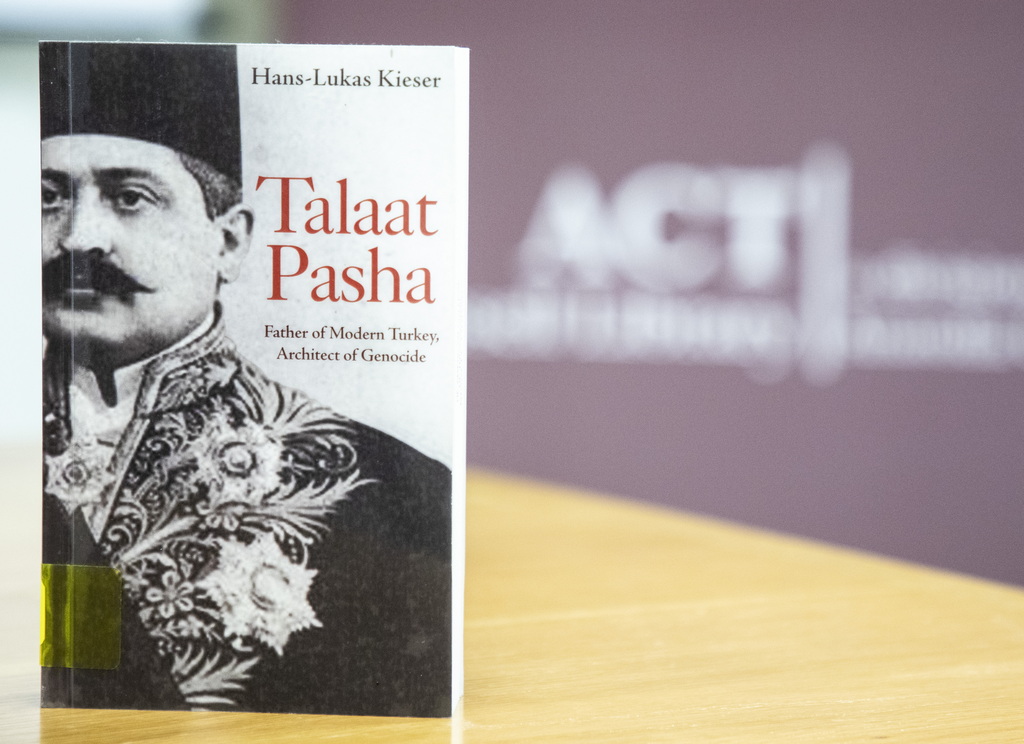 The Dukakis Center has a 20-year tradition of hosting events devoted to a deep and complete understanding of Greek-Turkish relations. Invited speakers include Suhnaz Yilmaz, Taner Akcam, Heath Lowry, Thomas de Waal, Kostas Ifantis, and Pavlos Apostolidis. Many, moreover, are world-class historians who have spoken at ACT, from William McNeill of the University of Chicago to Mary Beth Norton of Cornell University, former President of the American Historical Society. 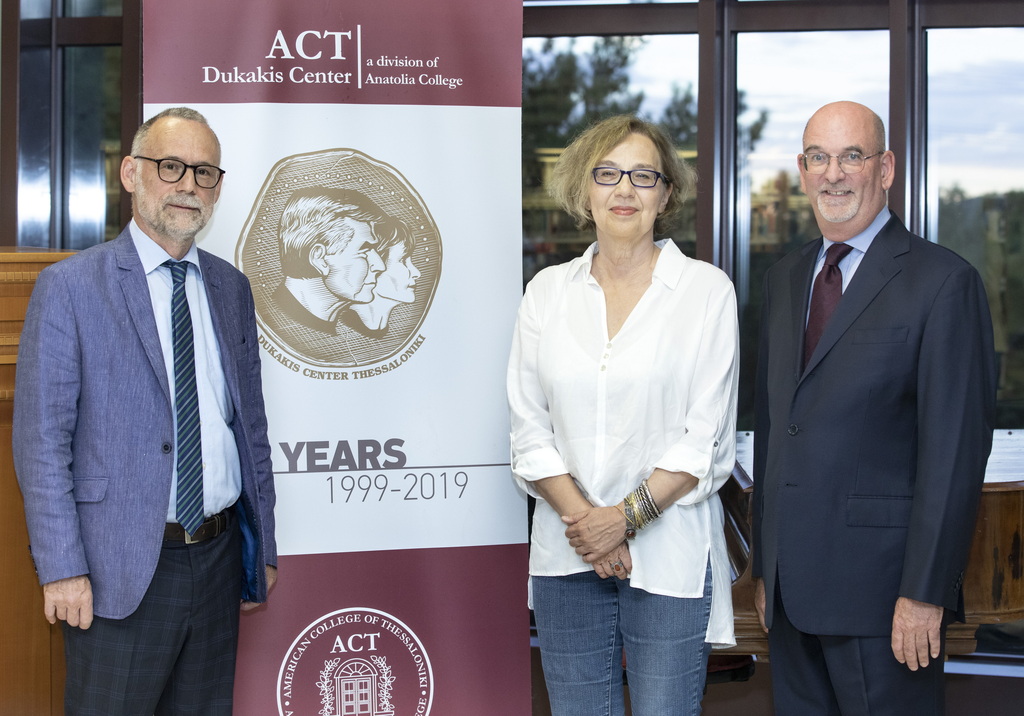