Two visiting American diplomats spoke with ACT and study abroad students this past Thursday afternoon in an interactive session dedicated to the current state of US-Greek relations. Michele Siders, Political Counselor at the US Embassy in Athens, and Ross Johnston, Greece Desk Officer at the US Department of State in Washington, DC, outlined the key issues animating diplomatic relations between the United States and the Hellenic Republic. Having recently participated in the annual US-Greece Strategic Dialogue, and accompanied US Secretary of State Mike Pompeo in meetings with senior figures in the Greek government of current Prime Minister Kyriakos Mitsotakis, Siders and Johnston related why American diplomats continue to dub Greece a “pillar of stability” in regional affairs. Siders and Johnston were accompanied by US Consul General Gregory Pfleger, Jr. who has been a steady supporter of ACT and Anatolia College during his tenure in Thessaloniki. 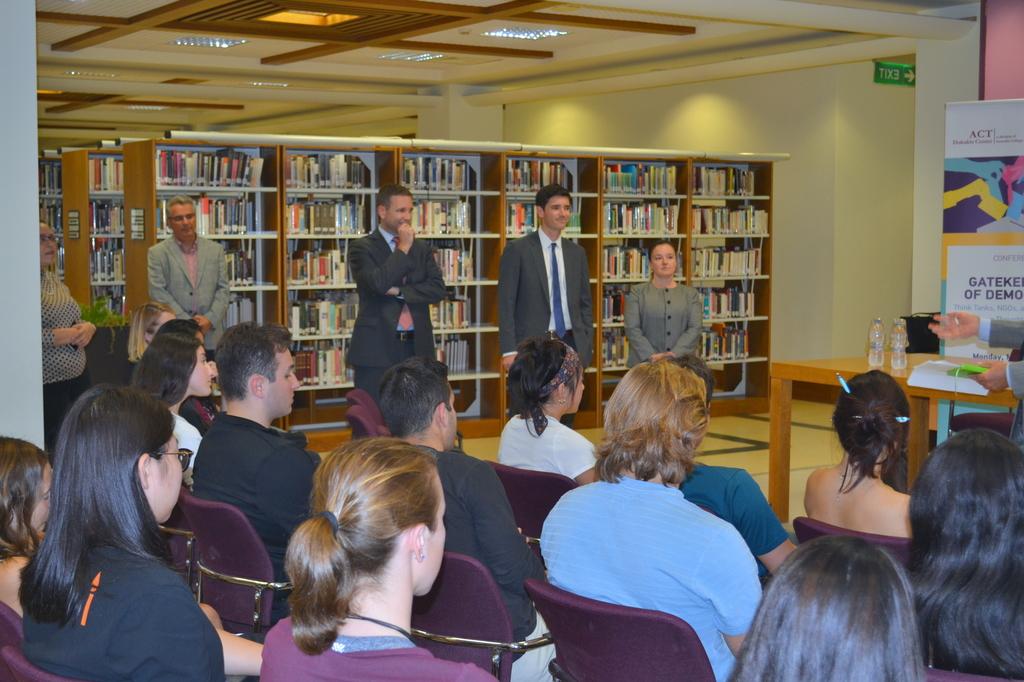 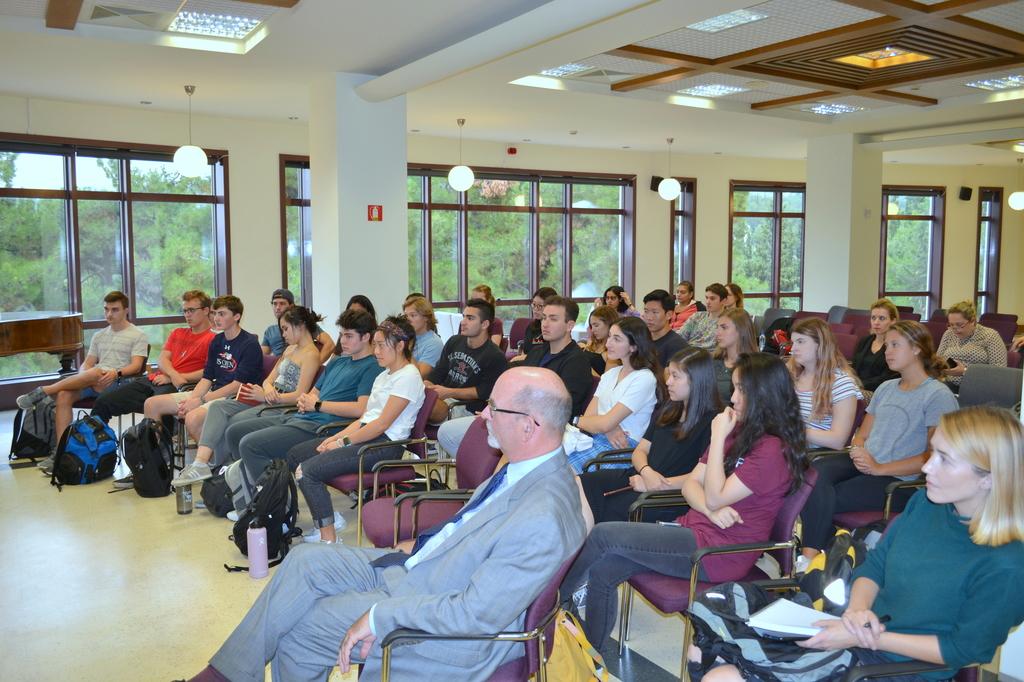 The session concluded with a question-answer discussion on such issues as the timing of Secretary Pompeo’s recent visit to Greece, the state of Greek-Turkish relations and the status of the Prespes Agreement between Greece and North Macedonia, and more generally the training and morale of diplomats working on issues of pertinence to Greece and Greeks. A large contingent of Northeastern University (NUin) pre-freshmen attended the session, along with an overflow audience of Greek, Balkan, and American students in ACT’s International Relations degree program. 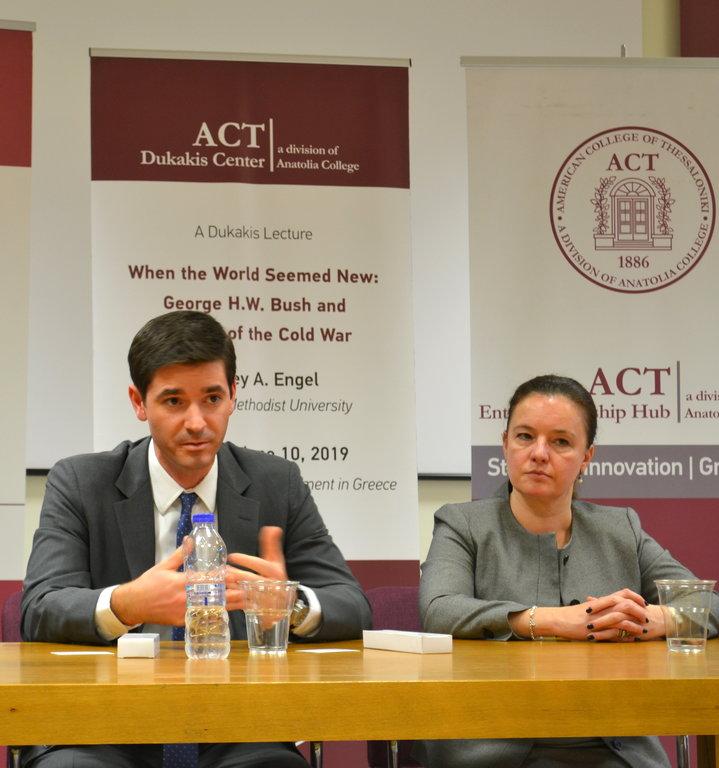 Michele Siders is a Career US Foreign Service Officer. She is currently a Political Counselor at the US Embassy in Athens. She has studied at Boston and Georgetown Universities and at the National Defense University.

Ross Johnston is a Career US Foreign Service Officer. He is currently Greece Desk Officer in Washington, DC. He holds degrees from Tufts University and Columbia University.