July 4th came to the Dukakis Center at ACT a few days early this year. Two prominent American educators, Jenifer Neils, outgoing Director of the American School of Classical Studies in Rome, and Scott Sprenger, President of the American University of Rome, appeared on the season finale of Dukakis Center Live on July 1st to celebrate Independence Day and the sustained exploits of American soft power.

Hosted by Dukakis Center Director Dr. David Wisner, the program explored the challenges faced currently by American living and working abroad and asked whether current developments in the United States and around the world had somehow diminished the desirability of holding a US passport, whether the specter of the waning of the American Century had somehow diminished the appeal of American culture worldwide. The result was a rich, nuanced, and encouraging discussion. 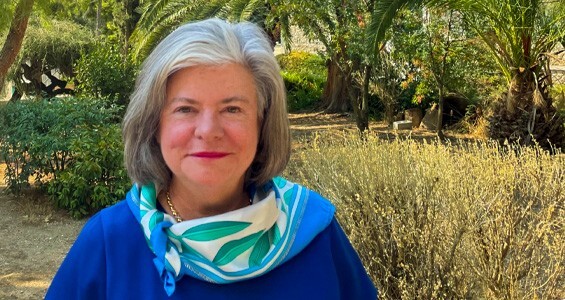 Both guests discussed the adverse local public opinion generated by such episodes as the American military operation in Iraq or the contested outcome of the 2020 Presidential election. Sprenger lamented some loss of American credibility overseas due to recent political developments in the United States and abroad (although the response of NATO to the war in Ukraine has reversed the trend to a degree). At the same time, Neils noted that America First was detrimental from a purely operational point of view. Happily, whatever negative publicity these developments engendered appears to have been epiphenomenal and not led to any long-term effects. Both the American School of Classical Studies and the American University of Rome effectively carry out a circumscribed mission of cultural diplomacy. As Sprenger put it, his university is committed to free thought, inquiry, and free speech, and as such, it continues to be a unique medium through which to share a vibrant American culture.

While Professors Neils and Sprenger alluded to the perennial problems of dealing with foreign bureaucracies as ex-pats, they also noted that their institutions had overcome the recent COVID pandemic resiliently, their appeal as centers of learning and culture unscathed. Sprenger announced after the program that the American University of Rome was poised to welcome its largest incoming class in September. 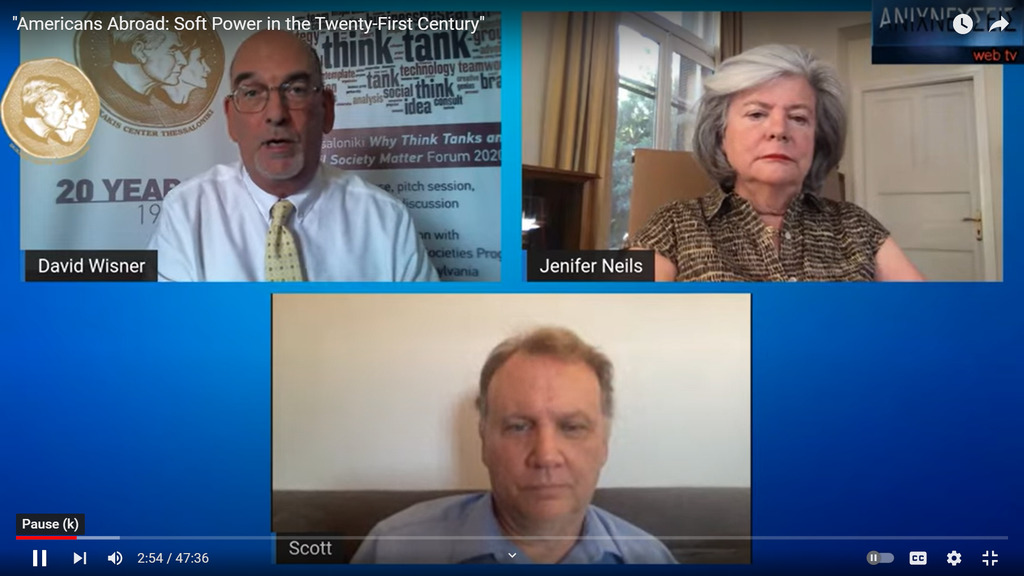 Professors Neils and Sprenger also revealed that their respective institutions both had a significant public service vocation with regard to the ethos of incoming students and the engagement of supporters of the institutions. Neils reminded the audience that the main archeological dig managed by the American School in Athens, the Agora, was made possible by American philanthropy, supporting the creation of a major museum on the site. Likewise, the American University of Rome has been awarded oversight of a dig on the Aventine Hill owing in large part to the public service dimension included in their proposal to manage the site. Both institutions, it may be concluded, are tending their gardens well -- literally: Neils and her students inspired the creation of an informal neighborhood caretakers group on and off the campus of the School, while AUR students volunteer to tend public gardens throughout Rome.