Known for being passionate in promoting Science Asteris Grigoroudis is ready to spread his enthusiasm for Chemistry to young students.

Asteris Grigoroudis, a Chemistry instructor at ACT, studied Chemistry and received a doctoral degree in Biochemistry from the Aristotle University of Thessaloniki. Since then, he has evolved as an avid researcher, a ‘master’ teacher, and a passionate advocate for science.

Dr. Grigoroudis’ research has been focused on Signal Transduction Systems in Bacteria, or, in plain words, how bugs sense their environment. Building on the work of Yale University, he was able to identify a potential network of such systems, governing the functions of the ODC-antizyme. Additionally, in collaboration with researchers at the University of South Carolina, he is currently working on the discovery of small molecule protein kinase inhibitors targeting signaling and cell cycle proteins involved in tumor proliferation. Grigoroudis stated that “Development of anti-cancer therapeutics has long been a challenging target of both academia and industry with huge implications to everyday life and society, for the struggle against the disease of the 20th century.”

Grigoroudis’ research background is been transferred into his teachings by using ACT’s state-of-the-art labs, something that he calls “teaching Chemistry in its natural habitat.” In addition to ACT’s degree-seeking students, Grigoroudis is teaching a good number of Engineering, Pre-medicine, Physiotherapy, and Science students from various colleges and universities in the United States that study at ACT as Study Abroad students. These students are able to gain hands-on academic experience in their studies, readying themselves for the next semester, when they will be returning to their home institutions. Affectionately, he has been called by his students as “My Cool Chem Teach.” 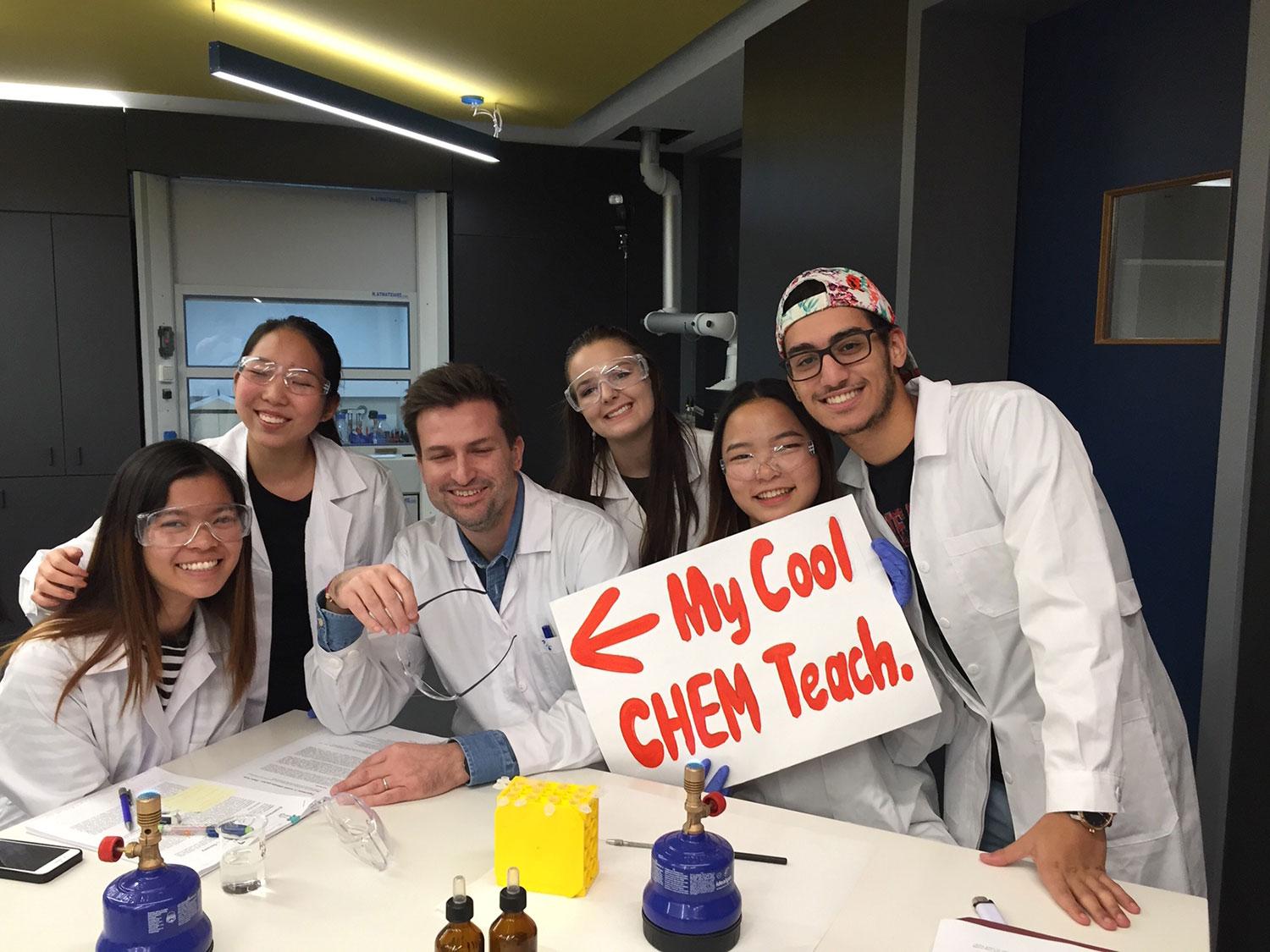 Grigoroudis is passionate about science and wants others to catch the science bug as early as possible. Thus, early on he became involved with Greece’s Center for Talented Youth (CTY - Greece), a collaborative venture between Anatolia College and Johns Hopkins University, supported by the Stavros Niarchos Foundation. The program identifies and develops the academic talent of young students through time-tested courses that are student-centered and challenging. Initially, at CTY Greece he was the instructor in the “Chemistry and Society” course, while later on, he taught the “Be a Scientist”, a course for 3rd and 4th graders, and “CSI@CTY”, a course for 7th to 10th-grade students. Regarding his CTY Greece involvement, he stated that “CTY Greece gave me the opportunity to take part in international Erasmus+ workshops focused on developing curriculum and teaching students with special abilities, making the research and promotion of giftedness an inspiration and aspiration!”