Launched in September 1999 and named after the former Governor and First Lady of the Commonwealth of Massachusetts, the MICHAEL AND KITTY DUKAKIS CENTER FOR PUBLIC AND HUMANITARIAN SERVICE is one of the premier centers for public affairs and international diplomacy in Southeast Europe.

The Dukakis Center provides undergraduate training leading to ACT's renowned BA in Political Science & International Relations, offers opportunities for internships and experiential learning, and organizes a variety of activities and events annually on topics ranging from US foreign policy, EU and NATO enlargement, sustainable development, corporate governance, environmental policy, and historical remembrance. The common thread in these activities is a commitment to inspire youth to take active roles in public affairs.

A welcome from the Executive Director 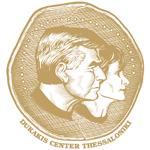 There is nothing you can do in this world more fulfilling and more satisfying than giving of yourself to others, and making a contribution to your community and your state or your nation and your fellow citizens...
Michael S. Dukakis

Welcome to the Michael and Kitty Dukakis Center for Public and Humanitarian Service!

Twenty years ago, in September 1999, former three-term Governor of Massachusetts and 1988 Democratic Nominee for President of the United States Michael Dukakis visited ACT to inaugurate what has become the Dukakis Center.

In his Inaugural Lecture, Governor Dukakis repeated the core values that defined his career as a public servant: engagement, integrity, and service. Surprise, he exclaimed, politics can be a noble profession. It is possible to act for the common good without compromising one’s moral integrity. There has never been a better time to serve.

Twenty years later we proudly wave the banner of public service, that commitment to setting aside one’s own material interests to work for the good of one’s fellow citizens.

The notion is as old as democracy itself. Pericles likened it to a spirit of reverence pervading our public gestures. More recently, US Congressman Lee Hamilton has claimed “public service is ... not just a way of life, it is a way to live fully.“

For more than a century this idea has permeated American higher education and inspired countless numbers of young people around the world to take up the call of serving their countries and their fellow citizens. As democracy around the world is seemingly under siege, there can be no more potent message in response.

We measure our impact with a simple metric: the hundreds of young people who have shared our message with their peers in Greece, in Europe, and in North America. But that is not all. Our unique capacity to engage with a diverse set of constituencies in innovative public service initiatives has also proven inspirational to professional colleagues in academia, in civil society, and throughout the public and private sectors.

ACT is proud to carry on the legacy of Michael and Kitty Dukakis. I invite you to visit our site in this our twentieth season of public service initiatives, and to send your inquiries about anything that might interest you here.

Michael and Kitty Dukakis Center for Public and Humanitarian Service
ACT - The American College of Thessaloniki
P.O. Box 21021
55510 Pylea, Thessaloniki
Greece
+30 2310 398 227
This email address is being protected from spambots. You need JavaScript enabled to view it.